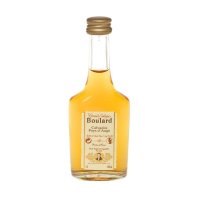 £5.35
Nose – Mainly apple (so characteristic of the Pays d’Auge) with vanilla also discernible. Well-balanced. Palate – Smooth and fruity with an. more info 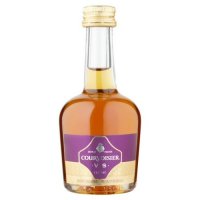 £4.15
COURVOISIER VS Cognac is aged just that little bit longer to give this French Cognac its more distinctive character and a more rounded taste. A... more info 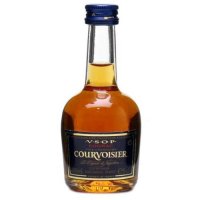 £4.05
Distilled from grapes specially selected from what can only be classed as the two finest and most exclusive growing regions in the Cognac area.... more info 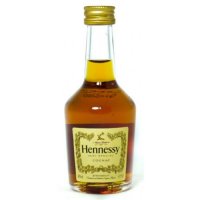 £3.95
Hennessy VS (Very Special) Cognac has been lovingly crafted using only the finest ingredients. Ceated by blending some 40 different 'Eaux-de-Vie... more info

£4.55
Lepanto Spanish Brandy Miniatures, 5cl glass bottle, distilled from the Palomino grape and aged in Fino sherry casks for an average of 15 years by... more info 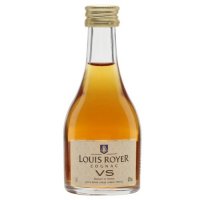 £5.15
Louis Royer Cognac VS 5cl miniature is aged for a minimum of 2 years this soft and delicate cognac has plenty of fruity and vibrant flavours. ... more info 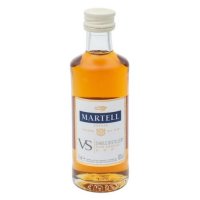 £3.70
Martell VS (Very Special) was created around 150 years ago, it is harmonious and well balanced, rich, fruity and mellow, with a pleasing fresh and... more info 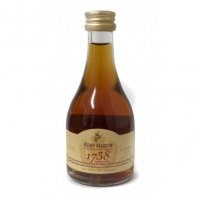 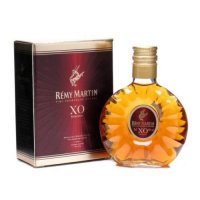 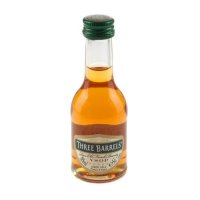 Just A Glass offer miniature brandy bottles for sale in the UK from a large range of 5cl cognac and brandy miniatures with massive savings off High Street prices! Our low prices on small 5cl bottles of brandy and Cognac offers you the choice to buy without the expense of full-size bottles.

Cognac, by law, can only be described as such if it comes from Cognac, a southwest region of France. Cognac is distilled from white grapes, primarily from the Ugni Blanc grape or the Grande Champagne variety and aged at least two years. Elsewhere it is described as brandy.

Brandy is an alcoholic spirit distilled from fermented fruit, most commonly grapes, and aged in oak barrels for several years.

We offer Cognac brandy miniatures of various years. V.S. aged in French Oak for at least two years, V.S.O.P. aged for a least four years in Oak, and X.O. aged for at least six years.